Bravo is cleaning house with the Real House Wives of New York cast.  The Hollywood Reporter is reporting that several cast members of the show are out.  More details inside. 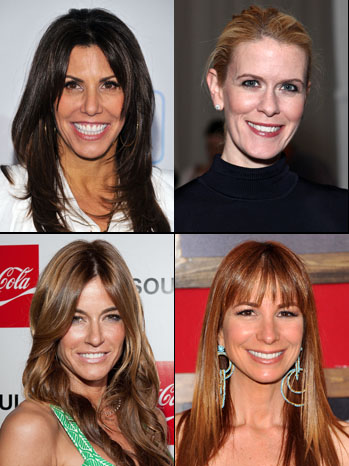 The Hollywood Reporter reports Bravo has given 4 cast members their walking papers; The newest housewife, Cindy Barshop, Alex McCord, Kelly Killoren Bensimon and Jill Zarin.  The only ones that remain are Ramona Singer, Sonja Morgan, and LuAnn DeLesseps.  I for one am ecstatic about this development.  The last season of Housewives of NYC was so atrocious.  All of the women were pretty awful this season.  Usually there is at least one housewife that I like and will like to watch but this year, the first season after my fav, Bethenny Frankel left the show, had no one to root for.  Kelli was less of her crazy self this season but still very mean and rude.  Jill; who said that she had turned over a new leaf and had learned her lessons from the Bethenny debacle that ended their friendship and had viewers hating her guts; was still the same old Jill: rude, thinking she was better than people, talking about people behind their backs, and acting like she was the victim in all circumstances. I don’t know why they are keeping Ramona, Sonja, and LuAnn.  They are just as bad as the ones they let go of.  I just noticed that the people they let go of had major conflicts with the ones that are left (Jill/Ramona; Alex/LuAnn; Cindy/Sonja).  Looks like Bravo picked sides and hopefully the casting department gets some interesting and not so vapid women for their next season.

One thought on “The Real Housewives of NYC Cast Shakeup”