The weekend is gone but it ends on a good note with lots to watch as you wind down and prepare for your week. We’ve got lots of drama, reality, and animated shows. More inside.

If you can’t tell by the name this show is about families that are going through some hardships but are helping others even though they struggle.  They are then picked for their homes to be made over completely.  They are demolished and built from the ground up to suit their needs.  I know several people who cry every single time they watch this show. I have no heart.  I sometimes get annoyed by sob stories and this is why I don’t watch this show unless I’m made to.  The show really does do a great thing for people but I just can’t watch it.  Season 9 premiere tonight. 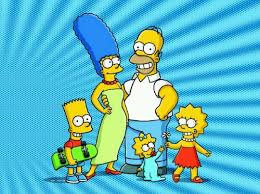 The Simpsons 23rd premieres tonight.  I feel like this is one of those shows that one doesn’t really watch during the season but catches in reruns.  I am one of those people.  But if you love this animated cartoon family catch it in the animation domination block tonight.

I have never watched this show but many people love it.  It wins the Emmy every year for Outstanding Reality Competition program. For whatever reason it just never caught my interest.  I’ve heard from people it’s a good show.  Maybe I’ll check it out this season. It does have travel around the world which I like. Check out the 19th season premiering tonight.

The 3rd season of this spin-off from Family Guy begins tonight.  I liked this show and I watched most of the first season but it got kind of thrown away because other stuff was on. It’s a solid show. If you like Family Guy, then you’ll like the Cleveland show.

Desperate Housewives goes into its 7th and final season tonight.  This show was great the first three seasons but then got absolutely ridiculous which is where they lost me.  I watched a little last season and it seemed to finally be coming back.  I’ll probably be catching this whenever it comes out on Netflix.  The show still continues to do pretty well for ABC.  We’ll see how it those this year going against the Good Wife on CBS.

This show is… I don’t even know.  Not to over hype it or anything like that (I hate too much hype) but it’s so good.  I showed all my love in my fall tv post earlier this month.  It’s simply great.  The show is returning and coming off Julianna Marguilies’ well deserved Emmy win for Outstanding Actress in a Drama Series.  I don’t expect anything different from this show. It’ll be the same great acting, writing and story telling that has been getting better and better every season. This is how much I love this show, I’m going to watch it live.  I don’t watch live tv at all. So from 8 – 9pm central time, I’m only taking text messages from people.

The Griffins return for their 10th season premiere tonight.  Expect more of the usual offensive, hilarious humor.  I don’t know who else they can offend anymore.  They are pretty much like Southpark, they have done everyone.  Should be good.

A new episode of Millionaire tonight in celebration of the return of Watch What Happens Live.

This show is a period drama set in the 1963 about the maiden flight of a Pan Am Boeing 707 Clipper Majestic, from New York to Paris. There is a lot is espionage and backstabbing and drama. I watch the promo for this and I don’t know.  I get a lot of a Mad Men vibe from the show and that show is good but I don’t know if this one will be as good. We shall see.

I am a huge soap opera watcher or at least I use to be before they all started dying a very rapid death. Not sure why they are doing a reality show about these soap actors but I’m really looking forward to this.  Soaps and reality shows together, sign me up. This will be another guilty pleasure show for me.

One thought on “What To Watch Tonight: Sunday Sept 25”