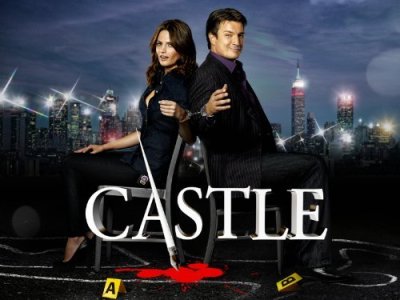 I love this show. And it has only gotten better and better since the first season.  Season 4 has just been amazing. Great cast, great cases, great stories. I thought maybe the fact that Ruben Santiago-Hudson (Captain Montgomery) died last season and a new captain (Penny Johnson Jerald, 24) was brought in was going to change things. It hasn’t though and Jerald has folded really well into the cast and has made me not hate her like I thought I would. In tonight’s episode, it’s Ryan is getting married when a murder threatens to derail the couple’s plans. Maybe this wedding will spark a little something for Castle and Beckett because I need them to hurry up and just get together. Sneak peak of tonight’s episode below, which airs on ABC at 10/9c.