9/8c – NBC/ABC/CBS – Presidential Debate – 3rd and finale debate before the election. President Barack Obama and GOP presidential candidate Mitt Romney will meet for their third and final debate hosted by Lynn University in Boca Raton, Fla., and will be moderated by CBS News’ Bob Schieffer. The format for the debate will be identical to the first presidential debate and will focus on foreign policy. 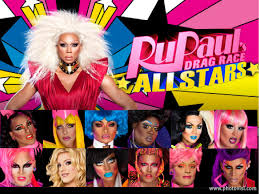 9/8c – LOGO – RuPaul’s Drag Race – All Star Edition. Join RuPaul as he welcomes back the most celebrated queens of the past for the wildest, most jaw-dropping, and outrageous Drag Race yet. They are the best-of-the-best, the top queens from seasons 1-4, and they’re ready to lip-synch for their lives to determine which All-Star will walk away with $100K and a spot in the “Drag Race Hall of Fame.”