I have watched so much tv in the last 3 weeks that I can’t keep much straight anymore.  There are tons of new shows and some of them are already on the brink of cancellation as I write this.  Hopefully this can give you a little idea of what some of these shows are and if you should even bother.

*Will be updated as more shows are watched

I love Kathryn Hahn.  She always plays these side kick roles like in How to Lose A Guy in 10 Days or Step Brothers where is is always hilarious so I was really looking forward to this show. Hell its even got my man Anthony Stewart Head (Giles; Buffy the Vampire Slayer). After watching the first two episodes I don’t know what to think of the show really.  I’m not really sure what the show is trying to be.  Is it a work place comedy or is it about this the relationship between Kateryn Hahn and Hank Azaria’s character? I’m just trying to figure out how they are going to sustain this whole we slept together/are sleeping together and we work together story. I don’t know. I’m gonna keep on maybe for another 2 more episodes and see if it gets better. WATCH AND SEE 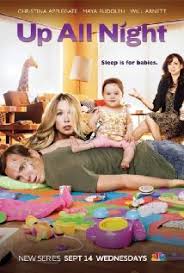 UP ALL NIGHT – NBC Wed 8/7c
Stars Christina Applegate, Will Arnett, and Maya Rudolph. Its pretty funny.  I like the cast.  Even the little baby is a good actress. She cries and coos on cue. The show could be better of course. There are sometimes when I just don’t laugh that much. But for the most part I do.  Some of the stuff is so cringe worthy and embarrassing. I had to cover my eyes to keep from watching the embarrassment.  Maya Rudolph kills me.  She’s so hilarious.  I can’t help but laugh at her when she is in her talk show host character mood because all I keep seeing is her doing her Oprah from SNL. I’ll be watching this one all season.  SERIES RECORD

X-FACTOR – FOX Wed & Thurs day 8/7c
I wanted to like this show because I like Simon from Idol but this show is not good.  Just the opening alone had me going WTF.  It was the most dramatic opening ever.  And I thought that they were doing it just for that first episode but apparently not.  That is the opening. It’s just sooo over dramatic and overdone.  There are the usual delusional people on the show thinking that this show is gonna rocket them to superstar dome.  One contestant said “People look back to Elvis as inspiration and someone whose career they want and I want people to look me like that someday.” ARE YOU KIDDING ME? Honey no one is going to remember you after that 5 sec airing you had on the show.  I’m so over the sob stories.  OMG like it’s so ridiculous.  Why do you have to talk about how you grew up poor.  A lot of people did.  That shouldn’t be a reason that you are special or a good singer or that you deserve to win the competition.  The group of judges aren’t a bad group but I personally just think Nicole Scherzinger shouldn’t be there.  Why is she there? She’s kind of a mediocre singer and not that likeable as a person. I don’t understand why they got rid of  Cheryl Cole.  I read that it was because her accent was too thick and no one could understand her.  I could understand her.  I mean she has a thick British accent but she was still understandable. What is with L.A Reid’s head bopping thing that she does when he likes someone?It’s not even a bop like up and down its a weird side to side thing.  The woman who sang Natural Woman on the first episode was good but not standing ovation wonderful. And Simon calling it the best audition ever come on now.  What was up with the naked guy too.  I don’t understand why they can’t stop people’s auditions when they are so dreadful. They stop them on Idol why not here? Overall its not as horrible as I say but it is not a show that I’m gonna continue to watch.  There go 3 free hours that just opened up on Wednesday and Thursday. You’re welcome. DUMP IT.

2 BROKE GIRLS – CBS Mon 8:30/7:30c
This show is funny.  I think its my fav new comedy of the fall. It’s created by Whitney Cummings and Michael Patrick King (Sex and The City).  I watched the first episode and I liked the way they introduced all the characters.  The blond character, Caroline, played by Beth Behrs, would seem like  a really annoying girl but she’s actually really likable and someone that you can root for.  She is a little annoying but not too   much.  I love Kat Dennings, playing Max, in this. She sarcastic, rude, vulgar and has a very dry wit but she’s also a little vulnerable. I’ve liked her a lot in all the other stuff
that she’s done (40 year Old Virgin, Nick and Norah’s Infinite Playlist) and so I knew if the writing was good then the she would be funny. There is also some nice eye candy.  The guy cast as Max’s boyfriend.  He looks like a taller version of Adam Levine with harder muscles.  Mmm Mmm good. SERIES RECORD.

This show is not that funny.  I could barely get through the first 15 minutes.  The show is about an uptight writer of a men’s magazine who becomes friends with a douche bag of a guy in order to make his column, “How to Be a Gentleman” more hip and young.  The way the show looked I thought it was a remake of a British comedy and not a good one.I wanted to like this show because it has Mary Lynn Rajskub (Chloe; 24) on the show.  I loved her from 24 and have been looking forward to her next move.  This show is not it.  I’ll give it the usual 3 episodes to tickle my fancy and then if not its chopped. WATCH AND SEE 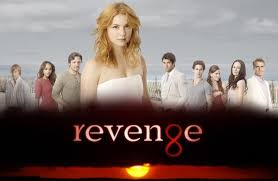 This show is the best new drama of the season. It immediately sucks you in with an event which the viewer assumes will be the season finale and then goes back to the beginning to see how everyone got there.  Soooo good. Such a nice juicy prime time soap.  It’s about a girl, Amanda Clarke, who goes back to the Hamptons under the alias of Emily Clarke, and goes after the people that framed her father for a crime he didn’t commit.  Emily VanCamp is great in this role. I’ve only seen her play a goodie two shoes on her previous shows so this is a nice change for her. The rest of the cast is good too especially Madeline Stowe, who plays the queen b of the Hamptons and is the woman who framed and broke the heart of Amanda’s father. This show is already on series record for me. I’m definitely in. SERIES RECORD

The show stars Eddie Cibrian (loved him on Sunset Beach), Amber Heard and whole lot of other people. The show was promoted as this salacious show that was going to be all kinds of  scandalous. The PTC (Parent’s Television Council) was so against this show that they hadn’t even seen all from the promo.  They had nothing to worry about.  The show is basically a nice little night time soap. It’s got its romance, mob story, jealousy, secrets, etc. The cast is not bad.  There are some people that are overdoing it (cough Jenna Dewan-Tatum cough) but overall everyone is pretty ok.  I hate the narration by Hugh Hefner during the show. Hopefully they take that out as they go along.  I think with a little bit better writing, the show can get better.  There is a lot of potential here.  The ratings were not good though so this is another one that I’m sure is on the brink of cancellation. WATCH AND SEE.

Relationships, sex, divorce, singledom  is what Whitney is all about.  I watched the first episode and its not a bad show.  I thought it was marginally funny.  I have only gotten Whitney Cummings in small doses when she sits on the Chelsea Lately panel and she’s pretty funny there but I really didn’t know what her show would be like. I think the show has potential.  It’s funny and has its moments of hilarity and shock but it definitely can improve.  I think it will just because Cummings other show, 2 Broke Girls, is really funny.  WATCH AND SEE

I never saw the original British version of this show that starred Helen Mirren so I can’t say that this one is better or that its a good remake. As I watched the first episode, it had a very 90s feel to it and the sexism in the workplace seemed a little dated. There really was not much detective work happening for most of the first half of the episode and so it got off to a slow start.  By the end of the episode though I was in. It picked up a lot and there was a lot more police work show. I like Maria Bello.  I think the show is good. She looks hella old though.  I don’t know if that’s how she’s supposed to look or what but she just looks really tired. The fedora that she wears around on the show has got to go. OMG I got so annoyed by that. I thought she looked like a complete a hole with that on. I’m in for the season on this one. The ratings have not been good though.  People aren’t watching and so this one is already on the brink of cancellation after only airing 2 episodes.Watch the show but just know that you might not be getting a full season of this show as it sadly will more than likely be cancelled within the next month or so. SERIES RECORD

A GIFTED MAN – CBS Fri 8/7c
Patrick Wilson plays a pain in the a** doctor who is soo arrogant and could care less about the patients and only about  just doing a good job.  His dead ex wife begins haunting him and tries to push him to help the poor people at the free clinic she use to run.  Julie Benz plays Patrick Wilson’s screwed up sister and Margo Martindale plays his secretary. What this show reminds me of  is Ghost Whisperer mixed with a bad episode of grey’s anatomy ( like the season where Izzie talked to and had sex with the ghost of her dead husband or fiance). Maybe it will get better.  I’ll do another episode and see. DUMP IT.

NEW GIRL – FOX Tues 9/8c
Zooey Deschanel plays an awkward, quirky girl who just got dumped by her cheating boyfriend and moves into a new apartment with 3 guys. The set up for the show was dumb, but I thought it ended up being ok. Damon Wayans Jr. in the pilot was funny, but he got recast because his show Happy Endings didn’t get cancelled. The pilot didn’t hit me at first but I thought the second episode was better than the first so if that trend continues, I’ll continue to be on board for the entire season.  SERIES RECORD.

One thought on “Thoughts on New Shows”