Lots of premieres tonight. NBC comedy is back and another Braxton gets their own show. My DVR is getting full and it’s not even the official premiere week yet.

8:30/7:30c – NBC – Up All Night – Season 2 Premiere. Christina Applegate, Maya Rudolph and Will Arnett all return for the second season of this hilarious show. In tonight’s premiere Reagan and Ava’s friendship gets tested after the news of the show’s cancellation. Meanwhile, Reagan hires her brother Scott (Luka Jones; Best Friends Forever) to help remodel their bathroom, and Chris decides to re-enter the working world. 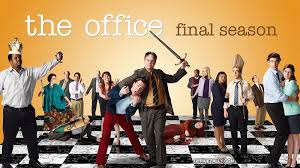 9/8c – NBC – The Office – Season 9 Premiere. The show is back for its ninth and last season (finally).  The show is said to be back in fighting form after the travesty that has been the last two seasons. In the premiere, Jim and Dwight are thrown off-balance by the arrival of two young employees that the others dub “the new Jim” and “Dwight, Jr.” Andy comes back from Outward Bound leadership training with a desire for vengeance on Nellie. Will Oscar adopt Angela’s cat? Kevin saves a turtle.

9:30/8:30c – NBC – Parks & Recreation – Season 5 Premiere. Leslie and Andy visit Ben and April at their new jobs in Washington D.C., and Leslie feels overwhelmed by the city — especially after meeting two of her idols (Senators Barbara Boxer and Olympia Snowe). Meanwhile, Ron throws a “thank you” barbecue for the entire Parks and Recreation staff.

10/9c – WE – Tamar & Vince – Series Premiere. In the hit series Braxton Family Values, viewers were introduced to the bold and sassy youngest sister of the Braxton clan, Tamar, and her music mogul husband Vince Herbert. A true fan favorite, Tamar is back to claim the spotlight and reign “diva supreme.” The show will focus on Tamar’s obsession with achieving instant worldwide pop stardom and Vince’s attempts to help her get there, and keep his sanity in the process. As Tamar’s “husband-ager,” Vince (owner of Streamline Records and brains behind major pop star Lady Gaga) often walks a fine line between being a supportive husband and an authoritative manager. Crazy in love through their highs and lows, the couple is out to prove you can mix business with pleasure.