8:30/7:30c – CBS – Partners – Series Premiere. The show stars Michael Urie (Ugly Betty) and David Krumholtz (10 Things I Hate About You; Numb3rs) as Joe and Louis, two best friends and business partners whose relationship is tested when one of them is engaged to be married. Joe is an accomplished architect who leads with his head and not his heart, especially in his love life. That’s in stark contrast to his gay co-worker, Louis, who is spontaneous, emotional and prone to exaggeration. Both have found joy in their love lives: Joe is newly engaged to Ali (Sophia Bush), a beautiful and sophisticated jewelry designer; and Louis’ companion is Wyatt, a vegan nurse who Louis insists is just a promotion away from becoming a doctor. As news of Joe’s engagement settles, time will tell if their business and personal bond can adapt to the addition of two other important relationships. I like Michael Urie. He was so great on Ugly Betty and I’m glad he has a show now. Hopefully its a good one. I’ll be watching.

9/8c – CBS – 2 Broke Girls – Season 2 Premiere. Max joins Caroline on her visit to a white-collar prison to see her father, Martin Channing, and he encourages them to buy a particular keepsake at the Channing estate auction. I liked this show off the bat. It was pretty hilarious. It was kind of fell off a lot towards the end of the season so I’m hoping for a nice bounce back this season.

9:30/8:30c – VH1 – Chrissy & Mr. Jones – Series Premiere. Chrissy Lampkin and Jim Jones get their own show in this spinoff from Love & Hip Hop. The show follows them as attempt to navigate their way through commitment, drama, friendships, the music industry, fertility and family, all while working toward their wedding (which will never happen). This show will be a mess but everyone will be watching and talking about it.

9:30/8:30c – CBS – Mike & Molly – Season 3 Premiere. Mike is inspired by their honeymoon trip to Paris to change his life and travel the world, while Molly worries how their family and friends fared at home without them. 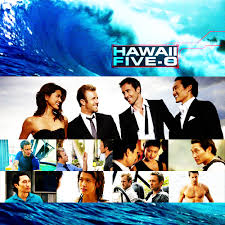 10/9c – CBS – Hawaii Five-O – Season 3 Premiere. The premiere starts with the aftermath of McGarrett’s mother’s surprise return and Chin’s difficult decision in last season’s finale cliffhanger, the team is determined to track down Wo Fat and Delano for killing an important member of their family.

10/9c – ABC – Castle – Season 5 Premiere. Season 5 picks up on the morning after, with Castle and Beckett trying to figure out where they stand — Was this a one-time fling, or are they now a couple? But before they find the answers, they must take on the forces responsible for Beckett’s mother’s murder that now threaten Kate Beckett’s life.