We are two weeks into the unofficial fall season and my dvr is already screaming from overload. Here are my thoughts on the shows so far.

The New Normal – I have to say that I am liking this show. It’s pretty funny and has a lot of heart. It does beat you over the head a bit with the world hates gay relationships but I still like it. Ellen Barkin and Andrew Rannells are my favorites. The show will receive a season pass from me. For those of you that were turned off by Nene Leakes (The Real Housewives of Atlanta) being on the show, she’s not on the show much so far. She is a recurring character so she won’t be seen a lot and when she is it’s only for a couple of scenes.

The Voice – While no one has truly stood out to me so far this season, the show has been very entertaining. The show is about the contestants but it’s  also about the dynamic between the coaches. They have been quite hilarious and pretty much make the show. I’m in with the show this season. The blind auditions are always the best part of this show so after that maybe it won’t be as good.

X-Factor – Like I said before I didn’t watch this show last season because it just wasn’t good. While this season is better, I find my interest waning. The judges are ok. Simon Cowell is the best judge but we knew this from American Idol. Britney Spears seems very over rehearsed in these pre-taped episodes. It feels like she’s being fed lines at times. Demi Levato is a pretty good judge as well. But if I hear her tell some guy they are cute one more time, I might be done.  I will keep watching because I’m curious to see how Britney does with the live episodes. I want to see some crazy come out. Go On – I really wanted to hate this show but after watching 3 episodes of the show, I begrudgingly like it. Matthew Perry is pretty good. I feel like he is playing Chandler at times but that might just be the way Perry is. The supporting cast is great as well. While the premise of the show seems a little morbid – a man looses his wife in a car accident and has to cope with that lose by going to group therapy – it actually deals with the subject very lightheartedly and with a lot of sarcastic humor. This one gets a season pass. 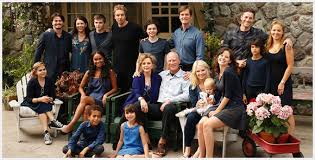 Parenthood – The Bravermans are back to basically make you cry every week. So glad this show made it another season. It’s so good. Haddie is gone to college ,which just made this show exponentially better since she is the most annoying character, Jabar is still the cutest thing, There is a new kid, Max is still a little annoying and oh yeah, Kristina has breast cancer. That whooper was revealed to us in the latest episode this week and was so heart breaking. Jason Katims is so freaking amazing. He is the creator of the show and was an executive producer for one of my other favorite shows, Friday Night Lights. He is the reason I came to this show and he’s the reason I stay. It just has so much heart and the cast is so good. The season pass continues on this show.

The Mob Doctor – Potential. I don’t know. It was ok. I’m not blown away by the show. It felt a little generic like I have seen this movie and it got turned into a show. It has some great people in it though. The acting is one thing that it has going for it. One of my faves, Zach Gilford from Friday Night Lightsis in it and I just hope this show sticks for him. The ratings were pretty low on its premiere night so who knows how long the show will stick.  He needs a successful show. I’ll keep watching and see if it gets better.

Revolution – I came to this show simply because it has J.J Abrams’ (Alias, Fringe, Lost) name on it. The show is set 15 years into the future after the world goes dark. Life goes back to the days before the industrial revolution: families living in quiet cul-de-sacs, and when the sun goes down lanterns and candles are lit. On the fringes of small farming communities, danger lurks. In the midst of all this there is a young lady, whose life is changed when her father is killed because of his knowledge about the blackout. They go on a search to find her uncle who may also know something about the blackout. It started off slow, as do all of Abrams high-concept shows, but quickly picked up and drew you in answering some questions and then bringing up more questions to keep you coming back. I liked it. And it did very well in the ratings with a prime spot after The Voice. This gets a season pass from me and is worth checking out.

The Office – I was ready to give up on this show after the last 2 seasons but since this is the last season I decided that I should just stick it out. Glad I did because I laughed more in Thursday’s episode than I have in the last two seasons of the show. It was paced just right, the gags were hilarious, and the characters seemed like they had been refreshed after the debacle that was James Spader’s Robert California. That is all in great part to Greg Daniels who was the showrunner for  Office during its best seasons and has returned. Hopefully with his return, the show will get back on track.

Up All Night – Glad this show is back. Its pretty hilarious. The whole cast is great. I like the addition of Reagan’s brother, Scott (Luka Jones; Best Friends Forever). I’m glad he got on this show because he was pretty hilarious on his last show (Boo on NBC for cancelling that). This episode set up a great arc – The Ava Show getting cancelled and Chris working with Scott – that I believe will bring out some hilarious episodes. The season pass will continue on this one.