8/7c – CBS – CSI:NY – Season 9 Premiere. The CSIs investigate when a fire chief – a friend of Mac’s – is killed in a blaze that used the same technique as a recently paroled arsonist.

9/8c – FOX – Fringe – 5th and Final Season Premiere. The premiere picks up from the events of last season’s finale in which the year is 2036 and the overpowering Observers rule. The Fringe team – preserved in amber for 20 years – is now a rebel resistance team fighting for freedom. Peter, reunited with his now adult daughter, Etta, sets out to find out what happened to Olivia as they start their mission to save the world from the Observers in the “Transilience Thought Unifier Model-11.” 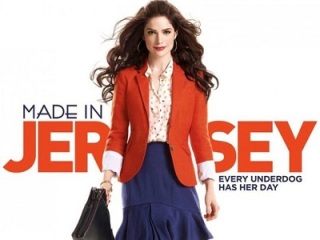 9/8c – CBS – Made In Jersey – Series Premiere. After voicing her opinion in a company staff meeting, Martina makes a good impression on her boss, Donovan Stark, who assigns her third chair on a murder case involving a student accused of killing her professor. Meanwhile, at home, Martina’s niece comes to her to help convince her mother to allow her to get a tattoo. My man, Kristoffer Polaha, is this show so of course I’ll be watching. Here is hoping 3rd time is the charm because all his shows get cancelled 😦  RIP Life Unexpected and Ringer

10/9c – CBS – Blue Bloods – Season 3 Premiere. A dangerous criminal from Danny’s past comes back to seek revenge and kidnaps Jackie. Jamie meets his new partner and a young officer is shaken after he accidentally shoots an innocent man.