8/7c – CW – The Vampire Diaires – Season 4 Premiere. Tonight’s premiere kicks off immediately where Season 3 ended. Elena awakens on the morning after the accident to find the thing she dreaded most has come true – she died with vampire blood in her system and now must go through the terrible transition to become a vampire or face certain death. Stefan promises Elena that he and Bonnie will exhaust every possible way out of the situation, but Damon is furious with his brother for letting Elena die in the first place. Bonnie pays a terrible price for her attempt to change Elena’s fate, while Damon takes out his frustration and rage on Matt. In a rare moment of empathy, Rebekah is deeply touched by Stefan and Elena’s devotion to one another. Finally, Pastor Young and the Town Council members begin rounding up the vampires and their supporters, leading to an unexpected tragedy. I am soooooo ready for this return. This is one of my favorite shows and it has been gone for entirely too long.

9/8c – ABC/NBC/CBS/FOX – Vice Presidential Debate. Joe Biden and Paul Ryan go at each other tonight in the 2nd of 3 debates.

9/8c – CW – Beauty and The Beast – Series Premiere. Police officer Cat Chandler investigates a case that leads her to Vincent, a man guarding a secret; as Cat is drawn closer to Vincent, she must keep their relationship secret.

10/9c – FX – It’s Always Sunny In Philadelphia – Season 8 Premiere. Dennis and Dee’s ailing grandfather Pop-Pop is wasting away in the hospital, and they have to decide whether to pull the plug. But things get complicated when The Gang learns of Pop-Pop’s history as a Nazi, and Mac, Charlie and Frank set off in search of the old man’s spoils from the war.

10/9c – TLC – Little Shop Of Gypsies – Series Premiere.  First seen on MY BIG FAT GYPSY WEDDING, British dressmaker Thelma Madine has taken gypsy and traveler women from maidenhood to matrimony with her over-the-top dresses and extravagant designs. As an ardent supporter of women’s rights, Thelma now wants to help unconventional gypsies – young women who would rather get hired than get hitched. Thelma begins to search for her 10 new trainees; once the girls are chosen, chaos ensues and Thelma must act fast before it all falls apart.

10:30/9:30c – FX – The League. Season 4 Premiere. The League prepares for the draft and the arrival of Kevin and Jenny’s baby boy. Taco’s business dealings with Jerry Jones get the guys invited to the Dallas Cowboys’ Training Camp. 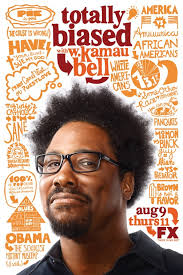 One thought on “What To Watch: October 11 (Vampire Diaries, VP Debates, Totally Biased)”